Diwali, the Festival of Lights

Announcing the newest Qualatex® Microfoil® design to celebrate the Indian festival Diwali, observed by millions of people worldwide. New to Diwali? Read on for a list of fast facts about this colorful cultural celebration and beautiful Diwali design inspiration by Eve Antonello, CBA. 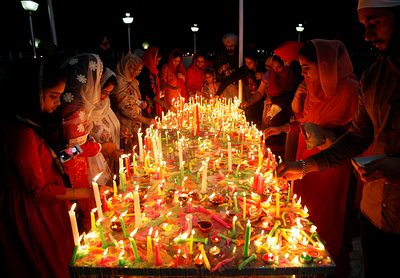 Sikhs light candles at a temple in India | source

Diwali is a cultural, seasonal, religious holiday originating in India. It is celebrated by Indians worldwide as well as various religious groups (Hindu, Sikh, Jain).

When is it celebrated?

Diwali falls between October and November, but the exact date changes each year, as it is marked by the Hindu lunar calendar. The festival lasts five days in total, with the Festival of Lights falling on the third day of celebrations. 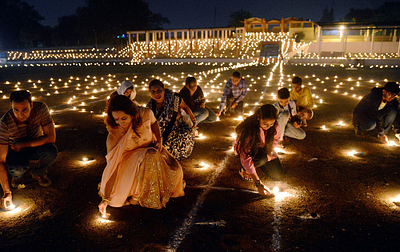 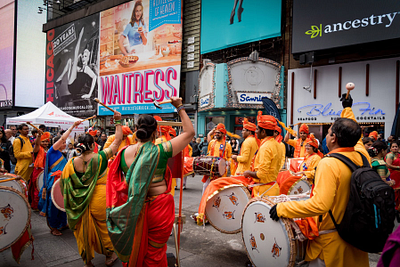 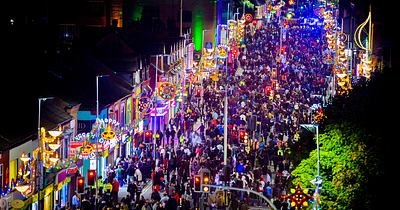 Streets are filled with light for Diwali celebrations in Leicester, England, one of the largest Diwali festivals outside of India | source 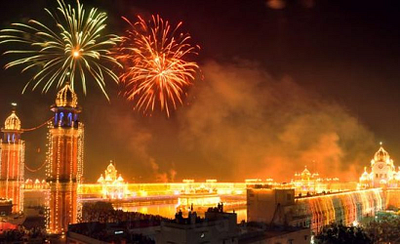 Diwali Fireworks at the Golden Temple in India | source 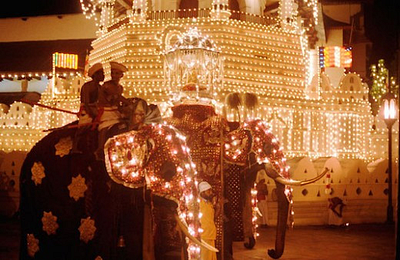 Where is it celebrated?

Indians make up one of the largest populations of the world - even outside of India (approximately 422 million) and Hinduism is the 3rd largest religion in the world (1,100 million - 15% of the world's population). Therefore, it is not surprising that Diwali is widely celebrated in many countries outside of Asia, including the following countries.

United States of America
Mainstream USA has begun celebrating this colorful Indian holiday. In 2017, Disneyland and Times Square had massive celebrations in addition to city-sponsored festivities in Chicago, San Diego, Los Angeles and San Antonio (to name a few).

United Kingdom
The largest Diwali celebration outside of India takes place in Leicester, England’s Golden Mile section. Additionally, Prince Charles has attended Diwali celebrations at some of the UK’s prominent Hindu temples, and Diwali has been celebrated every year at 10 Downing Street since 2009.

Trinidad-Tobago
Diwali is listed as one of the top times to visit this Caribbean nation.

Australia
With nearly half a million Indians living in Australia, celebrations in Sydney and Melbourne have grown exponentially the past few years. Federation Square in Melbourne hosts the largest celebration in Australia.

Canada
Held in the Bramalea City Center for three days, the Diwali Fest in Brampton is the biggest of its kind in Canada.

How is Diwali celebrated?

Diwali celebrations signify new beginnings, good over evil, and lightness over darkness. Because of this, the Festival centers around lights: fireworks, candles, oil lamps on housetops, etc. Families and friends gather together in their most fabulous clothing for feasts, gifts, prayer and celebration.

An important icon of Diwali is the Diya (candle), which is featured on the new Diwali Qualatex Microfoil. Additionally, many people decorate their houses with colorful Rangoli patterns created on the floor using colored rice or powder. 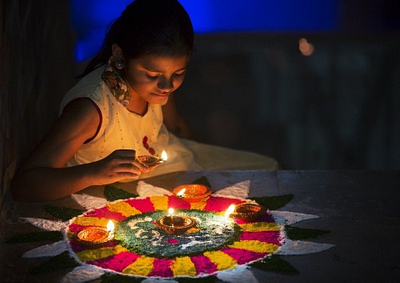 A young girl celebrates Diwali with Diya and Rangoli | source

Light the Way to Diwali

This delivery will light the way to a fantastic Diwali celebration!

This colorful celebratory column will add light to any Diwali festivities.

This gorgeous design will wow friends as a stunning centerpiece or inspired delivery. 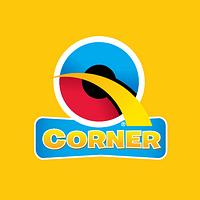 If you would like to recreate the Happy Diwali Deco Bubble, the font we used for the vinyl is called “Carolina.” For more information on how to personalize Deco Bubbles with vinyl, watch the Q Corner playlist covering everything you need to know about the Silhouette Cameo.